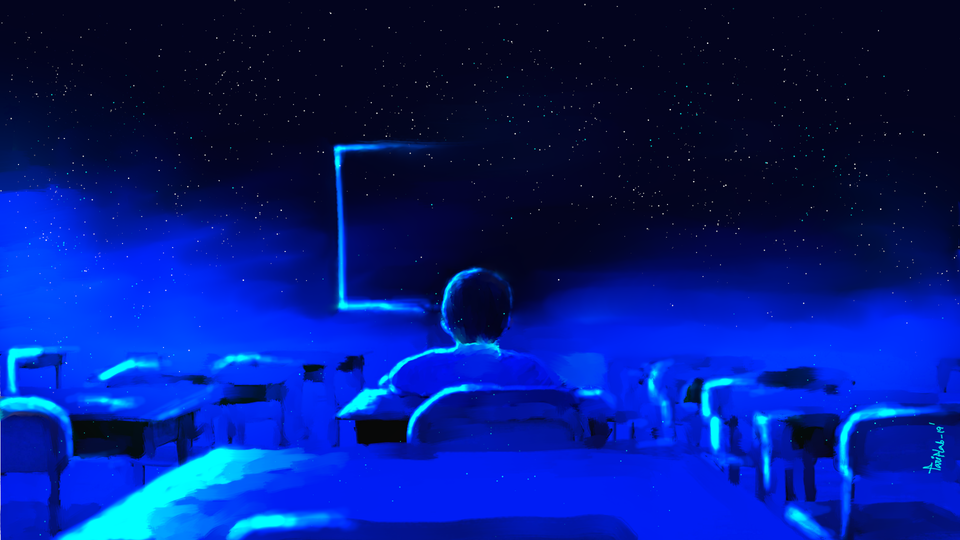 I was an avarna (a tribe that doesn’t come under the varna system) child unaware about my caste and its social standing. But my school duly informed me about it, besides imposing conformity, restricted creativity, anxiety and crippling my self-esteem.

While I struggled with puberty-related issues throughout high school, a big share of my trauma came from my class teacher in senior year.

His bias towards me was so apparent that even my distant and disinterested parents noticed it. They thought he was being casteist – something which I never even considered. I was sure that his anger towards me was because I wasn’t taking his privately-run coaching classes.

Though they responsibly complained about him, nothing happened.

I tried to conjure justifications for his horrible behaviour towards me. “Maybe he had a horrible childhood; was he was in an unloving marriage or an underpaid job?” I wondered. I contemplated countless other reasons to feel at peace.

Also read: ‘I am Tam, But Not Brahm’: My Dalit Experience At BITS, Pilani

And one day, I did find the reason.

Just after a class, I happened to overhear my class teacher guiding his favourite student – my friend with whom I had healthy academic competition. He told her that she couldn’t afford to be reckless and should study with full dedication, otherwise it would be difficult to get into a good college.

On the the other hand, he said, people like me have it all too easy – we get into colleges without any work. He told her to be selfish and not help me in any way.

Honestly, I didn’t even get it at first, But now, when I look back, everything makes sense.

Back then, I was oblivious to the idea of caste and how it was working around me. My family would always teach me not to tell anyone about my caste. They’d always say: “Other people’s behaviour would change towards you.”

So, I never told any of my friends. But high school teachers, on the other hand, have easy access to the personal details of students.

And once he found out, my class teacher’s behaviour changed towards me.

It is very easy for a teacher to punish his or her student if he or she wants. They don’t need a reason, and that’s where it all mattered.

He would beat me, punch me, scold me and yell at me in a way he wouldn’t others.

Everyone in class bore witness to this but did nothing.

My friends, sitting behind me, would shriek at their place when he’d hit my hands with a duster. Perhaps they didn’t see the caste aspect, but they never spoke against the bullying either.

While I would sit there with reddened and numb hands, the teacher would stare at me while leaving – as if relishing his sadism. I would return home with bruises but would never confide in my parents because my home wasn’t a haven either.

However, I didn’t stay quiet forever.

I anonymously submitted letters to the forever-unused school suggestion box that is still home to spiders. One day, I took it a step further and anonymously messaged my school’s principal about this teacher’s behaviour and requested him to check the suggestion box.

By then, I was yearning for some miracle to happen.

It was the first time I had confided in an adult that I wasn’t in a good mental state. I was so scared of that man, that I’d shiver during his classes. I couldn’t sleep at night because I was thinking about his class the next day. I wouldn’t be able to eat my breakfast without puking because he’d have the first class.

All of this turned against me when the principal got furious at the anonymous aggrieved person.

I had to seek help from a teacher who understood me and she handled the whole situation.

But like any secret, everybody came to know about it, including that teacher.

The other kids would joke around me about being a coward. I felt thoroughly defeated, passively dead all while the teacher continued to abuse me in my final year at school.

When I would ask him a question, he’d give me a wrong answer and would mark me poorly in papers. I started performing abysmally in his class.

Also read: When My School Principal Refused to Enroll Me Because of My Caste

Even when I was sure of the answer, I would not say it, thinking that either way he’ll hurt me. And he did. He gave me a lower score in my boards practical than students who never cared to study. I never said anything. I never reacted. I never cried. I took it all in.

I started to believe he was right – that I was born wrong, and that’s why nobody is speaking against the the teacher’s behaviour.

Even after two years of graduating from high school, the hardest part is writing this – telling my side.

I have lost empathy for myself. He made me hate myself. Maybe he is the reason why I never open up about my caste and that I have become ashamed of myself.

He turned me into a casteist person – the internalised oppression still hasn’t left my system.

I still feel lower and not equal to the people I meet – at a human level.

School administrations should find better ways of dealing with this. They should have their own regulations and an internal committee to deal with matters like this in an isolated way.

My school administration didn’t do anything for me. They didn’t consider it a big deal that a teacher was bullying his student on the basis of his caste to an extent that he was turning suicidal; not just once or twice.

I still struggle with my caste identity. I feel I have been hiding it from everyone, that it has become something bigger than me when it can’t be. While that man is still teaching at that school, I cringe every time I see him recommended to me on Facebook.

To go through something like at the hands of a person who has so much control and power over you can break you.

There’s nothing to be learned from this suffering, it’s only wasteful.

As it’s said, “There is no learning from suffering because if there was, we’d be enlightened by now because we have suffered enough.”

This story is part of LiveWire’s series – On The Edge – centred around caste-based discrimination on campuses across India. If you wish to share your experience too, write to us at [email protected] If you are not comfortable writing, you can also let us know if you’d like to speak to our reporters.