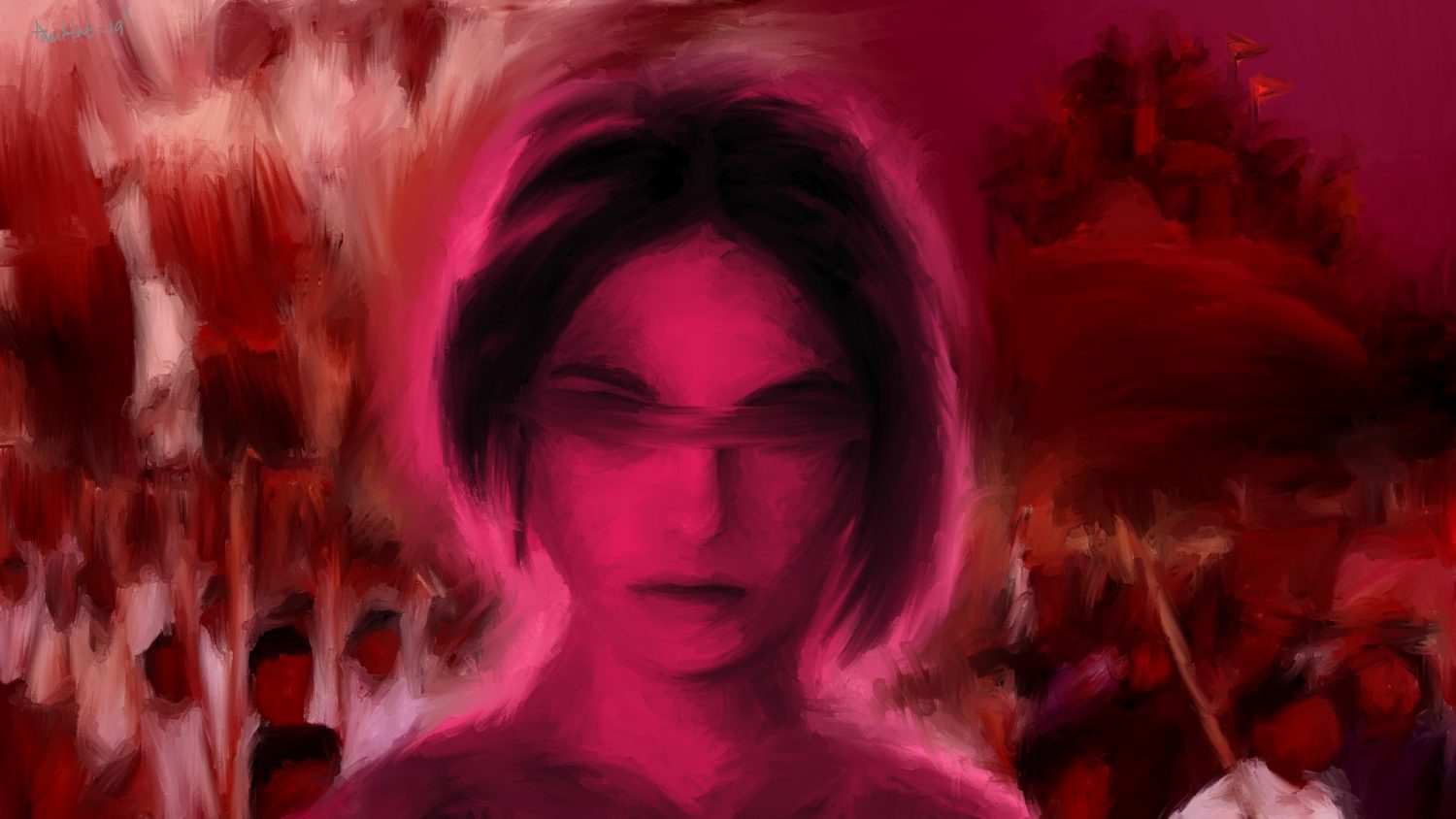 From learning ‘honesty is the best policy’ to ‘God is one’, all of us grew up to realise that lying becomes essential to survival and that had there been a single God for us all, this world would have been a different place today.

I, as a 24-year-old, sometimes feel betrayed.

It feels like my whole childhood was a lie. All those moral science books were nothing but sheer and utter lies. The quotes that we recited every day during school assembly were far from the truth.

I had this epiphany when I realised that everyone around me wants a Ram Mandir to be built in Ayodhya. I’ll refrain from delving into the politics of the issue, but that was the first time I realised that there isn’t a single, solitary God. There was a mosque there and prayers were already being offered.

As a kid, I was told that all human beings are equal.

But alas, I realised what a huge lie this was. I remember one Navratra (a nine-day Hindu festival), some Brahmins came to our place for lunch. But this same group of Brahmins also went to my neighbours’ and their neighbours’ house for lunch the same day.

As a kid, I couldn’t help but wonder why we’re so keen on feeding this particular group when we can invite so many other hungry people who are out there on the streets begging for food.

And that’s when it dawned upon me that all of us are not equal.

My 10-year-old self somehow understood class. I understood that some people earn more money and hence live in bigger houses. But that was also the day I understood caste. Of course, everyone is not privileged enough to understand it this way.

Some people have to live the horrible realities of caste every day to understand it.

I grew up with two younger brothers and was always told that there is no difference between the three of us. We all went to the same school, same swimming class and were scolded the same way if we scored less. It was all the same until I realised that I was expected to learn how to make tea, while my brothers were not.

Also read: How My Family Changed the Way I Saw Myself and My Body

This realisation was further cemented when my brother was not even questioned when he expressed his desire to go on a solo trip. And since then, every day, I have been realising that we all aren’t the same. We can never be.

Santa Claus is not real, nor are fairies. I understand that these stories are told to children, perhaps because adults want them to believe in magic, at least till the time they can afford to do so.

But I don’t understand why we lie to kids about human relationships and society. Perhaps because we want to protect them.

As an adult today, I feel less prepared, because the real world is not how I imagined it to be. It’s a far cry from it.

I feel betrayed. I feel pessimistic.

The world that I am seeing today was not the world my parents or teachers prepared me for.

None of the books taught me about caste, class and gender and how they play out in society. I was taught trigonometry and thermodynamics along with several other concepts of math and science that I have scarcely used after school.

I had to do a masters in social science to understand the reality I’m living in every day. I had to wait to become a 24-year old to understand the meaning of the word ‘patriarchy’, when it could and should have been introduced to me years ago.

What I have learnt in merely a year of pursuing my masters has made me the person I am today – more informed than I ever was. But I still fail to communicate all of this to my parents or other friends who are studying science or business. I don’t know how to communicate this because I don’t know where to begin.

This last one year has been more about unlearning than learning. But I really think this process should have started earlier. We need to teach our kids about gender, sex, caste, class and religion.

We need to tell them about the norms and structures of society no matter how glorious or flawed it is. They can make their own decisions after. Trusting those choices, I believe, would make this world a better place.

Prakriti Singh is pursuing her masters in Media and Cultural Studies from Tata Institute of Social Sciences, Mumbai.