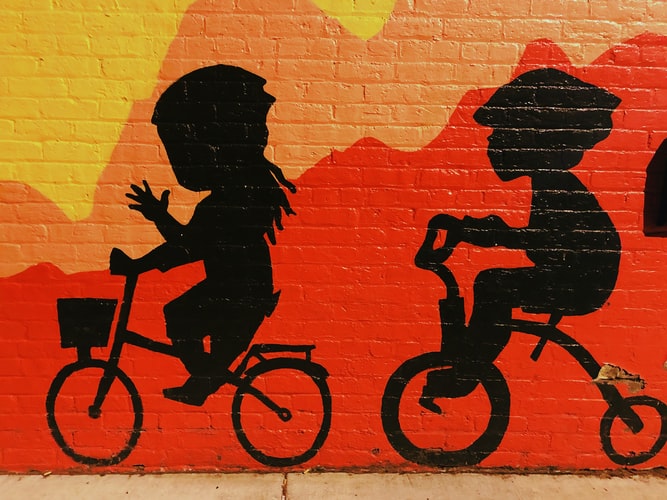 I vividly remember one day in Class 7 when some of my friends were talking about a girl in class who was absent that day. I heard that a day before, she was unwell and had been “leaking blood”.

Since I was absent the day before, I couldn’t really visualise what I heard – how could someone leak blood without a cut?

A few days later, I forgot about the incident.

However, it would come back to me whenever I would hear my male friends talk about their girlfriends’ PMS or my female friends using the word “chum”. While it would pique my interest, I would still not understand what it actually meant.

That is what happens when schools don’t include men during conversations on menstruation.

As I grew up, I got access to the internet, YouTube and research papers, which finally allowed me to understand the concept of menstruation. I learnt that menstruation is a biological process of vaginal bleeding that occurs as part of a woman’s monthly cycle. To absorb the blood, women use tampons, sanitary pads, menstrual cups and so on.

I also learnt that a huge proportion of women in various parts of India, as well as the world, still use old cloth, rags, or other unhygienic alternatives to soak the blood. As per the National Family Health Survey-4 data, 56% of women in India use a hygienic sanitary item while the rest don’t.

Amidst such disparity, it is sad that most male members do not even know what the female members of their family go through every month. A similar situation existed in my own family.

Hence, I started talking about it with my friends and family. Now, female members of my family and friends openly talk about period pain and ask me and other men to buy sanitary pads whenever they can’t.

Also read: How Boys and Men Can Be Good ‘Period’ Allies

It turns out, I am not the only one who does this. In an interview with the Logical Indian, Ronit Chowdhary –a student pursuing Chartered Accountancy – describes his experience of buying pads:

The first time I was familiarised with menstruation was at the age of 17 when my mother asked me to buy pads for my sister. Everything stems down to education with respect to awareness about menstruation.

I’ve been to the chemist to buy pads on many occasions, so I wouldn’t really think twice the next time. However, I am often met with very inquisitive eyes when I ask for pads, which again goes on to show the lack of sensitivity prevalent among men with respect to this.

Reading stories like these encouraged me to start working on a research paper on understanding the social and economic factors that affect the usage of sanitary items in India. When I told my fellow batchmates about my topic, I got mixed reactions – while some warmly supported it, others made fun of me. For instance, I once even overheard one of my female friends saying, “he is working on such a dirty topic”.

The very fact that women use the word “dirty” themselves shows how their experiences are socially and culturally crafted and coloured with patriarchal notions.

The ongoing pandemic has yet again brought the issue to the centre. During the first phase of the lockdown, the government released a list of essential items which shall be available at various stores, but it did not include sanitary pads. This move received backlash from across the country, and within two days, the government had to add sanitary napkins in the list. The whole episode clearly shows the government’s lack of interest in improving women’s health and hygiene.

Also read: ‘Sacred Stains’: A Sneak Peek Into the Dark Corners of Menstruation

To further highlight the issue, I, along with two other female colleagues, wrote an article on the Menstrual Hygiene Day (on May 28), titled ‘Why Menstrual Health Belongs on India’s Political Agenda’.

The article was well received by many people, but we also received some backlash with the respect to the gender of the authors. One of the readers pointed out how my name preceded the names of my female colleagues, who, as was rightly pointed out, know more about the issue. A few men also supported the argument.

In my view, both men, women and people from across the gender spectrum need to come forward and talk about menstruation to end the myths and taboos associated with menstruation.

We all know how mostly men propagate false notions about menstruation in the society and therefore, it is important to involve them in these conversations.

To that end, I have decided to use my research work to generate a discourse around the issue at the school level. I strongly believe that menstrual workshops at school should include both boys, girls and students from other genders in order to remove the stigma. This way, young boys will not only understand the biological process but will also learn how to help the women in their families during their menstrual days without feeling ashamed.

However, the stigma is not just limited to schools and extends into families and communities as well. Hence, it is equally crucial to conduct programmes at the community level so that young girls and women feel confident to talk about periods at home. Both men and women need to come forward if we dream about creating a society free from stigma and taboos.

Karan Babbar is a PhD scholar at IIM Ahmedabad. He critically engages with issues of social concern like gender, menstruation, etc. through op-eds, movies and documentaries, and creates awareness about them on social media platforms.