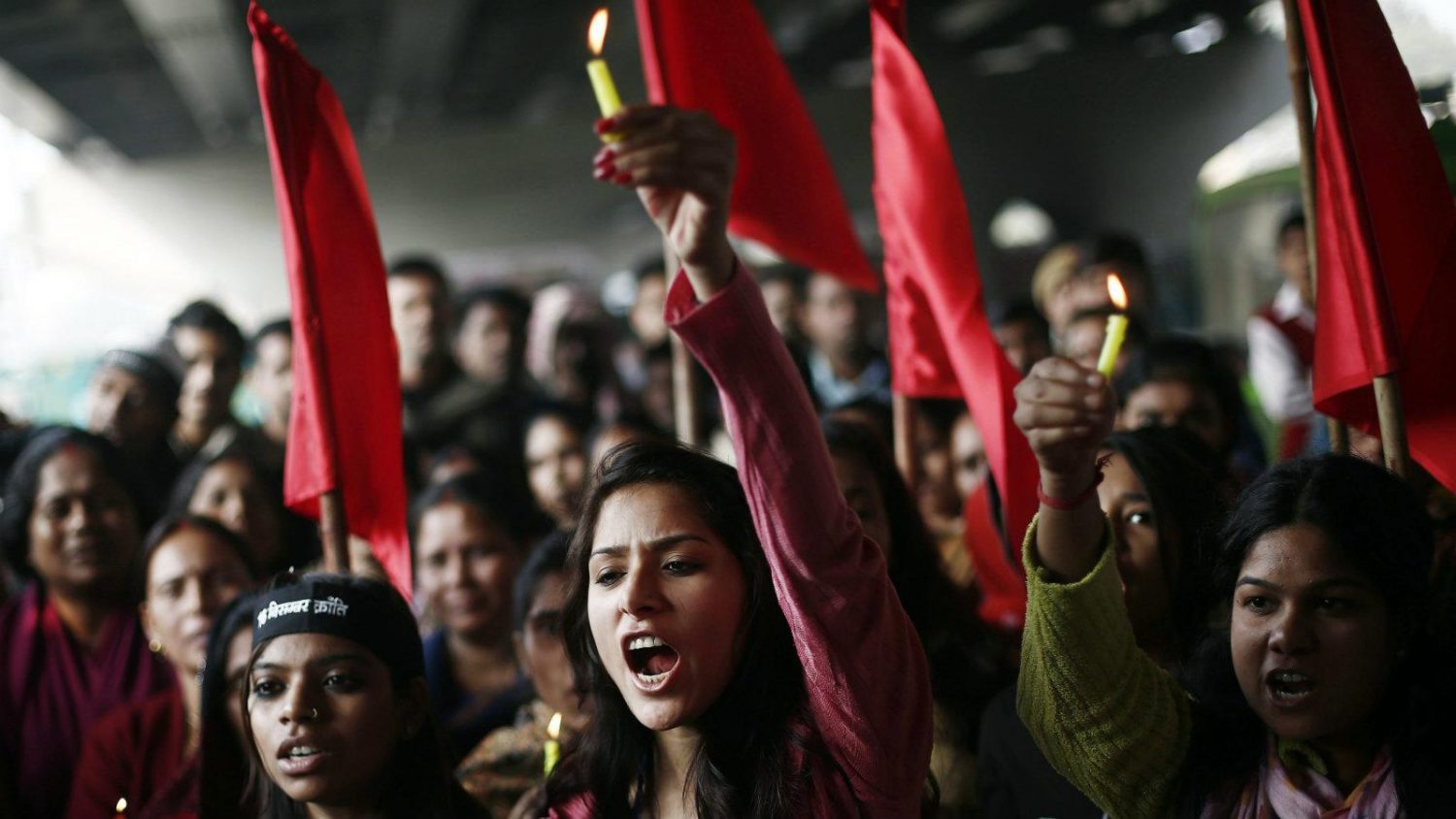 In the middle of my phone call with a politically aware friend, my mother rolled her eyes at me and said, “Why don’t you become a political leader, if you have so many political opinions?”

I ignored her and continued talking to my friend.

However, her remark stayed with me and prompted me to question the kind of atmosphere that prevails within Indian households, the kind of parenting that young adults receive, and the subtle mechanisms that dismantle the security of a home.

Today, we find ourselves in the midst of a rising sense of political consciousness.

We are aware of internalised misogyny, systemic oppression, infringement of democratic rights, heteronormativity, religious extremism, affirmative sexual consent, intersectionality, among others. We know the implications of these terms.

And with that awareness and a need for liberty, we have become wary of the systems of suppression and subjugation that bind us.

At homes, our parents commonly trivialise, sideline, deride, disrespect, and aggressively silence our political opinion. In addition, families often derive humour out of this humiliation by making fun of those who express a desire to join politics.

This behaviour, I believe, comes from conventional systems of hierarchical parenting, which ordain that humiliation, mockery and patronisation will make the child obedient.

However, this assumption is absolutely flawed.

This is toxic parenting which only makes the child feel insulted, agonised and agitated.

When we describe homes as safe spaces, parents must know that the scope of safety extends far beyond a sense of security. It also includes individual dignity and respect for political opinion and privacy.

However, these necessities are often ignored.

On the other hand, parents have a tendency to presume that their child is relatively unaware of political occurrences and, therefore, incapable of forming an opinion.

Hence, they invalidate and discredit the child’s opinion through emotional abuse, gaslighting and among a host of other tactics.

These days, however, such assumptions might not hold true at all.

The 21st century has witnessed the personalisation of politics and an increased level of political engagement amongst the youth.

With movements such as Black Lives Matter, DREAM, Gun Control in America, and the campus politics in India, the youth has demonstrated that it is at the forefront of political action.

We have seen student body elections and student activism turn into platforms to propose systematically constructed counter-narratives to the status quo, launch petitions to amend archaic laws, and advocate for legislation by forming coalitions, and communicating with legislators.

Student activists are spearheading change through social media, citizen journalism, and demonstrations: they are organising walkouts and strikes, making media appearances, and even contesting national elections.

History shows that students have mobilised against authoritarian regimes, time and again, when adults have chosen the well-trodden path of complacency, social apathy, and apolitical convenience.

The youth is aware, discontent, and willing to revolutionise systems built on the conventional wisdom that is at odds with the dynamism of today.

Parents and adults, instead of perceiving these movements as outcome-oriented revolutions, call them radical insurgencies and threats to peace.

Within households, when political conversations are termed as “boring,” “dangerous,” “unlikely of the young,” or “fruitless,” they don’t just cease to exist. Instead, they are taken outdoors.

More so, apart from encouraging apathetic behaviour, parents tend to force their political position and viewpoint upon their children.

This is the reason why a lot of children with conservative parents tend to lean right themselves. Since they grew up in an atmosphere wherein disagreement was equated with disrespect, they never raised questions.

However, the young cannot borrow political opinions from the old, they have to construct their own with the facts and sentiments that are relevant to them.

The young have to advocate for issues where they have a personal investment, even if the old refuse to.

All these tendencies and behavioural patterns have created implicit biases against the youth, thereby negatively affecting youth activism; and these tendencies boil down to preliminary flaws in parenting.

Making space for young people to engage with politics

The youth activists of today are the politicians of tomorrow and adults need to support them. Movements such as the free speech movement, the civil rights movement, the antiwar movement, prove that youth activism needs support and cooperation from adults.

Parents, teachers, and adults need to understand that they are facilitators, not instructors. They have to create sensitive and cooperative environments within households: environments that are not sectarian or prejudiced. The only way forward is with communication and acceptance.

As a 17-year-old, I have certain recommendations for parents:-

By doing so, you will not be using your child as a political prop, but you’ll showing them what political change looks like and why it is necessary; what diversity, inclusivity, and democracy look like, and how uncomfortable conversations are essential components of social reformation.

By taking your children to political campaigns, you will be giving them early lessons in empathy.

Tell your children about dual discrimination and Brahmanical patriarchy.

Tell them about how mental health is important and how productivity is a capitalist definition of self-worth, tell them how climate change disproportionately affects the poor, and tell them about Allyship and why it is important to support a cause that might not concern them directly.

Be a responsible citizen and a proactive parent. The future of the country is in your hands too.

Alolika A. Dutta is a 17-year-old writer and spoken word poet from Bombay. She likes talking about politics, culture, law, and history.