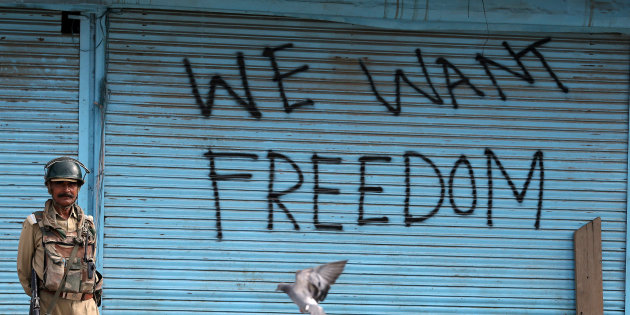 “Hindustan zindabaad, Pakistan murdabaad” were the lines my friends and I used to yell out when we were younger, after an India vs Pakistan cricket match. Let’s admit it, we all have been xenophobic at one point in our lives. Sometimes subtly, and sometimes with loud, ‘nationalistic’ pride.

We have been conditioned to believe that the only way to portray our loyalty is by hating our neighbours, the ‘others’. As Indians, we do not like being questioned or being told that we are wrong. Every child that grows up in a stereotypical Indian household is taught to not question. We have a misplaced sense of respect, and you absolutely cannot question anyone older or in a position of authority. And here is where the problem begins: when we teach our children not to question, we are creating mindless machines. And since machines are meant to follow orders, one wrong button and everything around you is chaos!

Who is Karni Sena? Who are these people that dared to stone pelt a bus? Well, they are the result of our preaching. They are the machines that are following someone’s order because we taught them not to question.

We live in a democracy and that gives us the right to disagree. Voltaire said, “I may disagree with you but I will defend to death your right to say it.” This should be our defining roadmap on what to do when there is an inevitable ideological conflict between people. But as a nation, we have done the exact opposite. In the times of Tukaram, the abhangas were thrown into a river; well, isn’t it better than the artist being thrown out of his own country?

Jerry Pinto, an author and a translator, pointed out the hypocrisy in our society when we talk about intolerance when he said, “It is very easy to tolerate people in abstract, I can love humanity as long as there is no face at the window of my car, begging and dirtying up my car.” When asked about freedom of expression, he said, “There is no freedom of expression if I cannot offend you.”

The sole purpose of art and literature was and remains to be an expression of free thought. We are fortunate enough that in our country writers or artists crossed the boundaries of sugar coating and tried to depict reality as it is. Even though they never asked to be lauded in public and they never wanted a parade in their honour— we are unfortunate that these writers were not given the reward that they deserve.

I wonder if Manto was an Indian writer in the current times, would his life story be different? Would he, a Muslim writer who questioned everything, be celebrated or behind the bars now?

Today, there are countless examples of people being shamed, or worse, for exercising their right to freedom of speech. The country is still mourning the death of Narendra Dabolkar, Govind Pansare and Gauri Lankesh who were murdered for expressing their opinions and questioning the status quo.

Do I think that the atmosphere of intolerance has been increasing lately? For that, I would have to believe that we have always been a very tolerant nation, and I’m unwilling to live in denial. We have been always been intolerant – out of communal insecurity, fear of diversity and our misplaced sense of loyalty.

The greatest gift to this country is our diversity, it is amusing to see how we as a country are so different from each other and yet walk on the same roads every day. The area where I stayed at had a Mosque and a Temple together in one lane. By the evening, there would be refreshing sights of men wearing dhotis and men wearing skull caps ready to start their evening prayers. If this attitude of togetherness and acceptance seeped into our language and expression, we would be much more tolerant as a nation.

Eshan Kalyanikar is a journalism student from Mumbai.