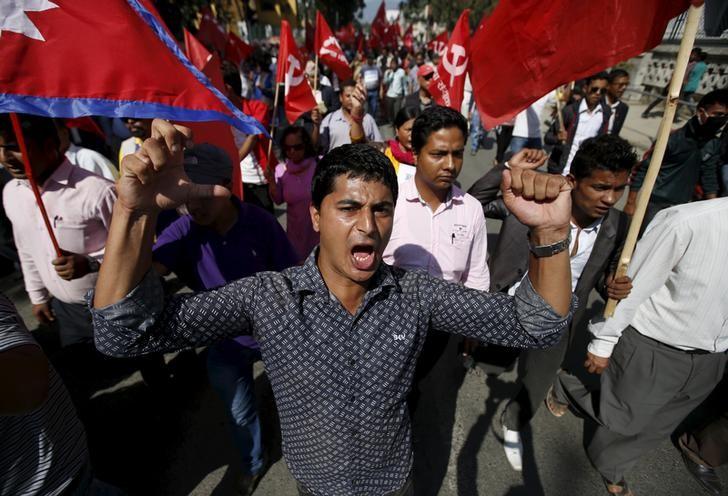 If you’re Nepali (or Bangladeshi, Pakistani, Afghan or Bhutani), then being confused for an Indian can be one of the most infuriating experiences of your life. This anger is a reaction to the confusion born out of India’s hijacking of the entire subcontinent’s post-colonial search for identity.

By ‘India’ I don’t mean Indian people, instead I’m referring to the cultural and political forces that have dominated South Asian nations, including Nepal for years now. I’m speaking, in particular, of the Indian media and government – whose domination of Nepal has been successful partly due to the fact that it shares its religion, culture, cuisines and even societal vices with most of north India.

How people practice their religions – Christianity, Islam or Hinduism – is similar in both countries. Indians and Nepalis also share a common love for mangoes. Both participate in the ijjat (respectability) economy with a single-minded determination that seems to have no parallel anywhere else in the world.

In Nepal, just like in India, the Brahminical reverence for collecting knowledge for its own sake cuts across political boundaries and thrives on both sides of the border. The middle-class aspirational project – of wanting their children to be the best scienc-ey professional. Additionally, these same kids are expected to be the caretakers and propagators of traditional Nepali/Indian culture – which has somehow, at least in the minds of Hindu-middle-class-aunties, escaped centuries of colonisation completed unscathed.

Although Nepal was never directly colonised, it has still subscribed to the post-colonial development project pushed by NGOs and governments alike. The kind of development that creates slums for every high-rise erected isn’t just an often-ignored truth in Mumbai, but in urban Nepal too.

I’m telling you all of this because once, when a white man asked me what exactly is the difference between Nepal and India, I couldn’t give him a satisfying answer. There has to be some difference though, right?

Pakistan separated from India; Bangladesh from Pakistan; Indians of Nepali descent who live in Darjeeling have been demanding a separate state for years now. It’s been over 50 years and Tibetans who were born and raised in exile are keeping up the fight to free Tibet. All of this points to the fact that there are identities and markers that separate us from India, the regional supremo. But none came to mind when that question was pointed at me like a gun.

Growing up with television meant that I learned Indian ad jingles before I knew the contours of my native tongue. Shah Rukh Khan gave many middle class Nepalis the access to dream about romance and dubbed versions of Japanese anime and Hollywood sci-fi movies exposed us to a world that, at the time, seemed as distant as the concept of mortality.

In short, a ‘Nepali’ identity was never really forged. But symbols and identities are crucial for holding nations and people together. For a while, there was a monarch to look up to. ‘Nepal is the only Hindu kingdom in the world’, students regurgitated proudly in social studies classes. Apart from the king, people held onto Mount Everest as a symbol of national pride. Then there was the Buddha, because he happened to be born in a region that just happened to fall in modern-day Nepal. Almost every other eatery in Kathmandu is named after Everest or Buddha – testifying to the fact that Nepalis no longer have a story to rally behind.

Being anti-Indian has become one of the ways to exude national pride in Nepal.

It’s not one-sided either. In 2000, Hrithik Roshan allegedly made an insulting remark about Nepalis and sparked real riots. In 2008’s Chandani Chowk to China, Akshay Kumar’s character falsely claimed that Buddha was born in India, causing much grumbling. More recently, an Indian politician’s inappropriate tweet angered some Nepali youths who vandalised an Indian establishment as revenge, all the while shouting insults in Hindi that they probably picked up from Bollywood films.

Since India’s shadow looms large over every aspects of Nepali lives, the hegemon has created a large cultural vacuum in Nepal. But anti-India sentiments aren’t just about cultural influence.

Given its landlocked position, especially with the Himalayas in the way, Nepal needs to import everything, and most things are routed through India. However, almost six months after the devastating 2015 earthquakes, the Indian government instituted an unofficial blockade. First places ran out of cooking gas and restaurants had to come up with blockade menus. Soon enough the country came to a standstill due to a lack of amenities. Ultimately, the rich slipped by, but the poor (it is always the poor!) suffered heavily.

India behaved like a step parent, being mean only because the child did not belong to them. Even for those who had been sympathetic to India, it was clear that Nepal was in an abusive relationship with India, the grand old matriarch of the sub-continent.

Spurred by this resentment, Nepal united to vote in a nationalist leader who proposed turning to China as a solution.

In the midst of all this hatred and the tussles between the two governments (and both countries’ media), these two nations – Bade Miyan and Chhote Miyan – might just lose sight of the common problems they need to solve.

To recover from this animosity, India and Nepal need to make an effort to know each other better. For that, the Indian government needs to allow Nepal the space to forge its own identity, one not cooked under Indian pressure. One way to make that happen is to encourage more exchanges, and make use of our open borders.

Sandesh Ghimire live in Kathmandu, Nepal. He tweets as @nepalichimney.