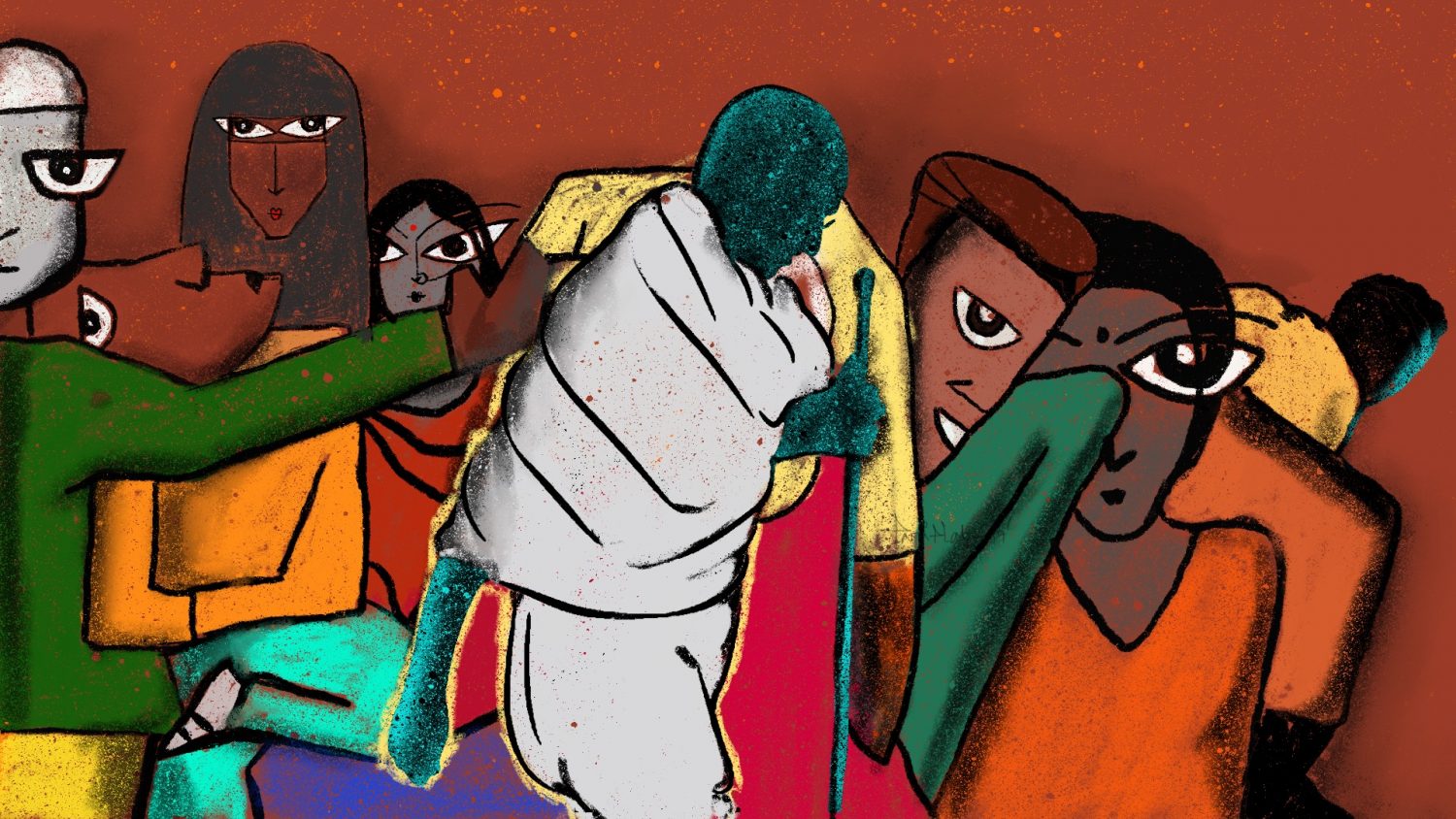 After the results of the 2019 election, the country and its polity have witnessed a definitive rightward shift. The majoritarian narrative of Hindu consolidation seems to have triumphed with the resounding electoral victory of the BJP. Data from a post-poll survey conducted by CSDS-Lokniti shows that the BJP actually increased its vote share among Hindus between 2014 and 2019 and that Hindu support for the party transcended caste boundaries.

But this begs the question: What kind of Hindu has triumphed or what kind of a Hindu voted for the BJP?

Is it the one who wears his religious identity on his sleeve and perceives a vast and diverse tradition as a homogenous faith? One who pays his obeisance to Bharat Mata in a visible display of hyper-nationalism, aggressively chanting Jai Shri Ram, more as a threat to the minorities than as a proclamation of his own faith. Is it the one who believes that singing ‘Vande Matram‘ and shouting Bharat Mata ki Jai is a ritual act of citizenship? Is it a Hindu who believes that his fellow Hindus constitute a political body and must vote in unison to protect their interests?

Also read: How to Live in Modi’s India

Surely, the kind of Hinduism the BJP seeks to promote pauperises the richness and diversity of Hinduism itself and seeks to convert it almost into an Abrahamic faith with its Lord as Ram, its holy land being Ayodhya, and the Gita as its holy book. It is in such a context that we must remind ourselves of Gandhi’s views on Hinduism and the importance of being a Gandhian Hindu.

A Gandhian Hindu is one whose Hinduism is not sectarian. His Hinduism is strengthened by drawing from other faiths and, despite being a Hindu, he can say with confidence, as Gandhi did, that “I am a Muslim, I am a Jew, I am a Christian and I am a Zorastrian.”

Someone who is eclectic in his approach and does not rely on any single scripture as the basis of his faith, who can draw on any scripture, as Gandhi did, to support the ideals of truth and justice. As Gandhi said, “I try to understand the spirit of various scriptures. I apply the test of Truth and Ahimsa laid down by these very scriptures for interpretation. I reject what is inconsistent with that test, and I appropriate all that is consistent with it.”

The Gandhian Hindu feels that his Hinduism is all-inclusive and is the creed of tolerance and assimilation and not that of bigotry and exclusion. His Hinduism is eclectic, just like Gandhi’s favourite bhajan ‘Vaishanav Jan Toh‘ in which the poet Narsinh Mehta says, “Ram naam sun taadi lagi, sakal tirath tena tan maa re (I am enticed by the name of Lord Ram even though the holiest shrines of the world reside within me.)”

What can be a greater statement than this of the catholicity of Gandhian Hinduism? The kind of catholicity which comes from a rootedness and quiet confidence in one’s faith, unlike the Hinduism of the Sangh parivaar, which is insecure and seems perpetually under threat.

Also read: Growing Up in a Hindu Bubble

As Gandhi himself said in an article titled ‘Why I am a Hindu?’ published in Young India on October 20, 1927, “On examination, I have found it [Hinduism] to be the most tolerant of all religions known to me. Its freedom from dogma makes a forcible appeal to me inasmuch as it gives the votary the largest scope for self-expression. Not being an exclusive religion, it enables the followers of that faith not merely to respect all other religions, but it also enables them to admire and assimilate whatever may be good in other faiths.”

More importantly, Narsinh Mehta and Gandhi’s Ram was a compassionate and benevolent Ram of their imagination, not the masculine and muscular mascot of the Hindutva brigade.

The Hindutva project is not only an assault on the faith of the ordinary Hindu; it also represents a grave threat to our democratic freedom as citizens. The future of the country might well be decided by the course the ordinary Hindu of the nation takes. He has a big choice to make. To preserve the best tenets of his own faith and the immense diversity of his tradition, he must adopt Gandhi ji’s brand of all-inclusive and liberal Hinduism or else he might see his faith reduced to a political weapon of hatred and violence.

As Gandhi ji said, “[the] purity of Hinduism depends on the self-restraint of its votaries.” Now more than ever, we need Hindus to exercise that self-restraint and embrace Gandhian Hinduism if we seek to reclaim the liberal spirit and democratic ethos of our republic.

Madhav Nayar is a Master’s student of Modern South Asian History at SOAS. He can be reached at [email protected]